Dr David Walsh of Newcastle University has posted a long audio documentary on Rosemary Sutcliff. It's a great piece of work, and if you want to know more about Sutcliff's life and hear clips of her books, this is definitely a must-listen!

Posted by Sandra at 4:48 pm No comments:

Eagle of the Ninth soon appear on DVD 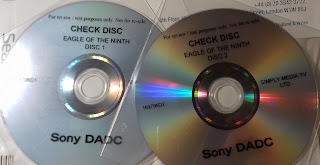 This blog is honoured to be chosen as a reviewer of the forthcoming DVD of the BBC's 1977 version of the Eagle of the Ninth.  Both Sarah and Sandra will be posting reviews, and they're bound to come up with differing angles.

However, before that, this blog will be posting a series of stills from the production, and also details of a special offer from Simply Media (sellers of the DVD) so watch this space!

Posted by Sandra at 1:19 pm No comments:

Eric Eller and the Aquila Family at the Green Man Review

Read Eric Eller's interesting consideration of the Aquila Family from the Eagle of the Ninth to Dawn Wind.  He also reviews Sword at Sunset on another page.
Posted by Sandra at 7:26 pm No comments:

Imagining the pagan past, Marion Gibson 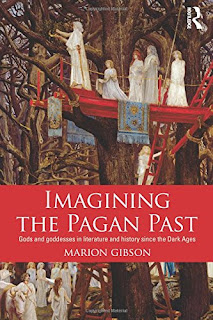 Imagining the past: gods and goddesses in literature and history since the Dark Ages by Marion Gibson, 2013, Routledge


This sounded like a title that should include Rosemary Sutcliff and it does!  There is talk of Kipling and how Sutcliff is influenced by him in her writings.  She appears in the Something Old Something New chapter, under the heading: From Gog to Coventina: god and goddess in folklore, religion and fiction.


'The Eagle of the Ninth (1954) uses the Romano-British period and its gods to negotiate contemporary issues of generational change, masculine friendship and difference ...' pg 95

There is not a huge amount about Sutcliff, but it is likely that anyone interested in her books will find much to contemplate due to the exploration of the background of the pagan past

Excerpts of the Gibson's work can be found on Google Books.  Contents include: 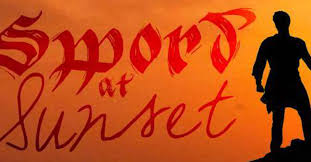 A full archive listing players and backstage staff can be found here:

https://www.bedlamtheatre.co.uk/shows/sword-at-sunset
Posted by Sandra at 2:35 pm No comments: 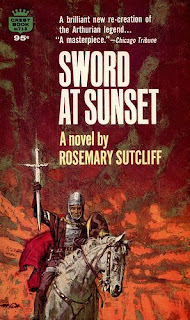 Anthony Lawton is running a Pinterest page.  Some interesting book jacket shots and photos included.  Beware: Pinterest will not let you view unless you have signed up to the service
Posted by Sandra at 2:11 pm No comments:

Eagle of the Ninth on You Tube

At the time of writing this blog, all six episodes of the BBC's 1977 version of Eagle of the Ninth are on YouTube!

Posted by Sandra at 1:50 pm No comments: